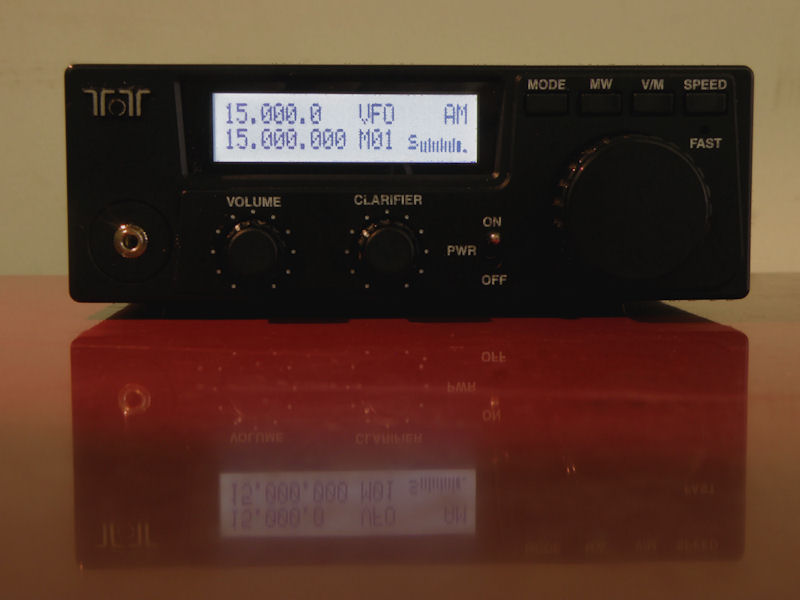 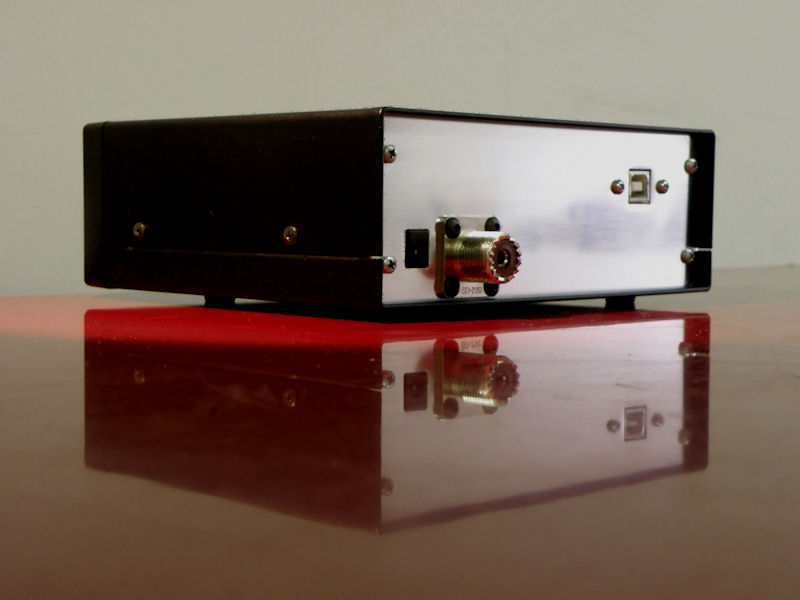 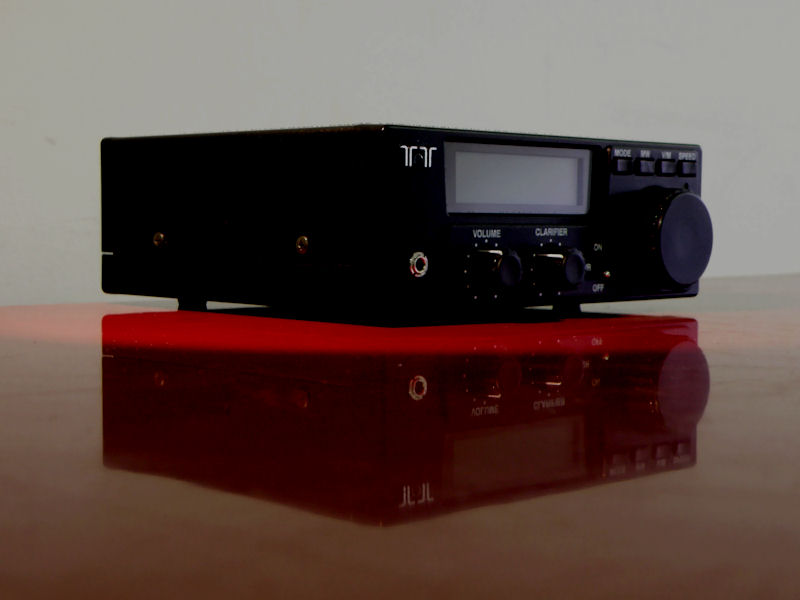 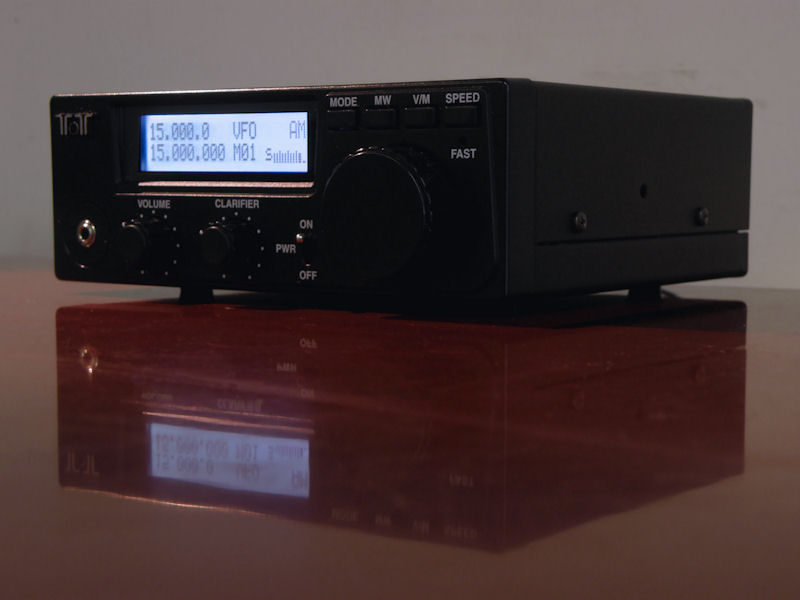 The 8-bit Microchip processor base LCD Upgrade Kit for Ten-Tec's model 1254 shortwave receiver is out of stock and has been discontinued. This kit is being replaced with a Linux OS ARM based design.

Raspberry Pi Based Display Board for the TEN-TEC 1254, and HF SIGNALS µBITX

The 1254 display upgrade board can also add the assets of a Raspberry Pi's functionality to a HF SIGNALS µBITX transceiver. The 1254 and the µBITX both happen to share the same main radio board dimensions, user interface, and much of the same electrical radio control requirements.

Production ready boards have been built and are in prototype radios. The Linux drivers and multitasking C application software has been written and tested. A run of kits has not yet been produced.

Despite the greatly increased functionality of utilizing a high performance Linux based single board computer in this project the cost to produce this board is largely equivalent to using low performance single chip microcontrollers.

To request further information send an email to:

The Raspberry Pi supports an I²S channel that can be used to capture audio or IQ encoded RF signal from a base band mixer, and playback 48 kHz digital stereo audio. The display board has a connector for supporting this channel and the Linux OS driver to process this data as a standard audio device.

Linux OS drivers have also been developed to process the display board's push buttons as key strokes, and its rotatory encode and select as mouse functions for ease of programming. The LCD character display is seen as a standard tty device by the Linux OS.

Linux configuration information for the display board is contained in a EEPROM on the board that is referenced by I²C channel 0 of the Raspberry Pi during bootup.

A hardware external 5 volt power monitor is on the display board to provide safe Linux system startup and shutdown when the attached radio is turned on or shutoff.

The revised board uses a 40-pin male connector on its back that plugs into a Raspberry Pi either directly or through a ribbon cable. Raspberry Pi Zero, Zero W, 2, 3, and 4 variants are supported. A 5 volt linear supply is included on the display board.

Necessary Linux drivers have been developed for this board. 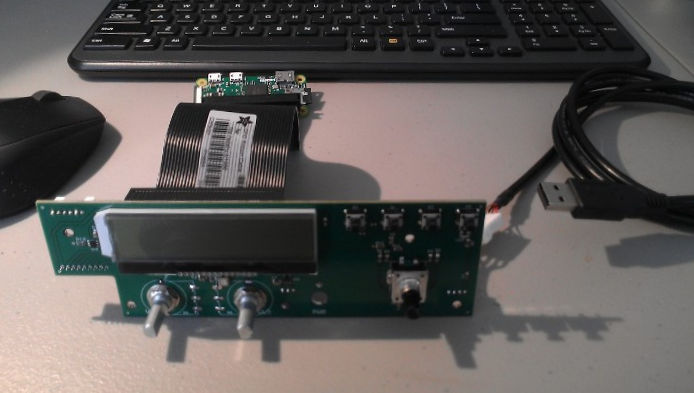 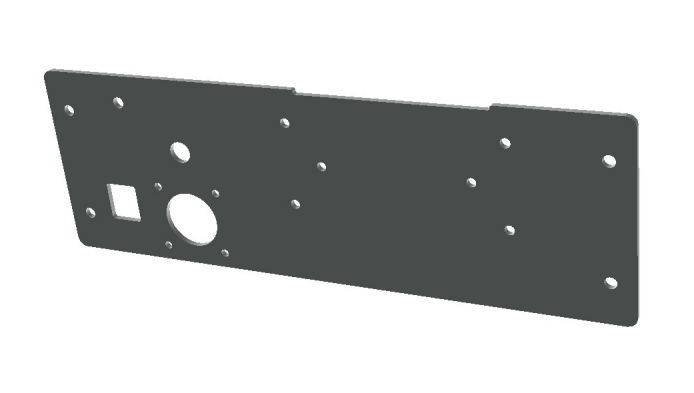 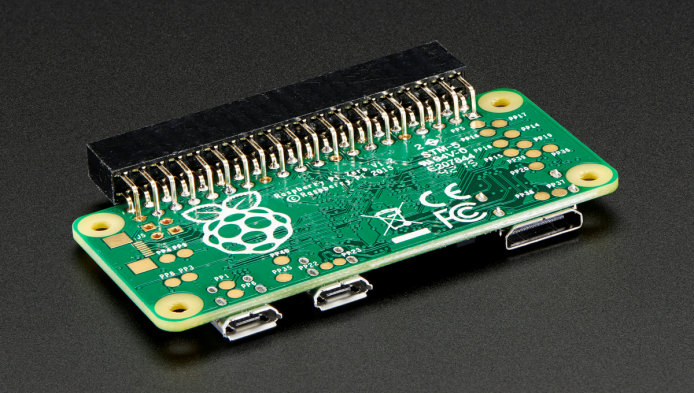 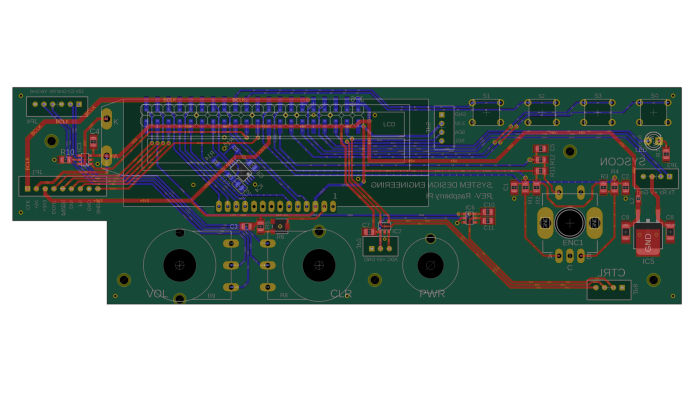